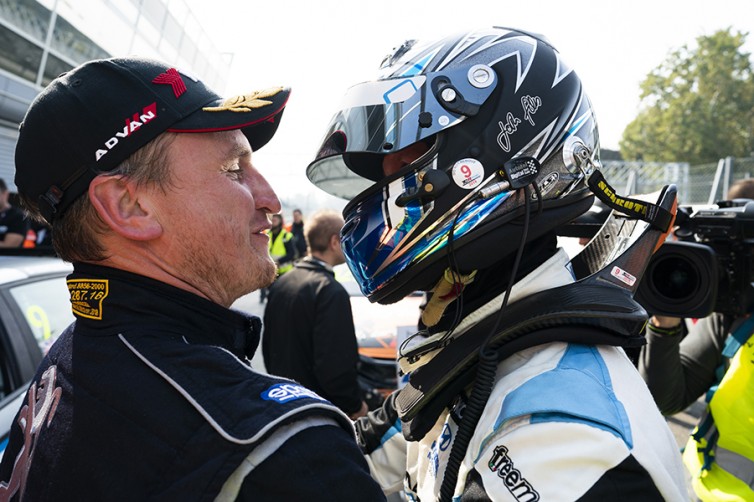 Quotes from the podium finishers in Monza Race 2

Josh Files (winner): “Julien pushed us right to the bitter end, to the last corner of the last lap it could have been his, to be honest. I have to say thank you to Maxime Potty for not fighting me at the start of the race, which was fair play from him as he didn’t want to get involved in the battle. We had a difficult Qualifying yesterday and we were perplexed as to where the speed had gone, so to fight through to a podium and then take the win and the title here in Monza is incredible. You can’t get better than this! Target Competition have done an amazing job all season and they deserve this more than me. Bringing championships back to them makes me really proud. Let’s not forget Hyundai, who’ve built a fantastic car and Tarquini, who developed it. This is for everyone.”

Julien Briché (second): “We started the programme in late, but we arrived at Monza hoping for a miracle to win the title. Mathematically it was complicated but I tried until the end. We have made two or three mistakes during the season and we paid them dearly. But it’s racing. We can be proud of what we have done and Josh had a great season. Congratulations to him and the team.”

Daniel Lloyd (third): “I’m really happy to finish the season on the podium. The Hyundai and Peugeot cars definitely had the ultimate pace here this weekend and it’s probably not the favourite track for the Honda, so to get such a strong result is mega. We qualified strongly and we’ve been really consistent during the last part of the season so it’s really nice to be on the podium here at Monza for the last race of the season and big, big thanks to Brutal Fish Racing for the opportunity. It’s a really nice way to end the season.”