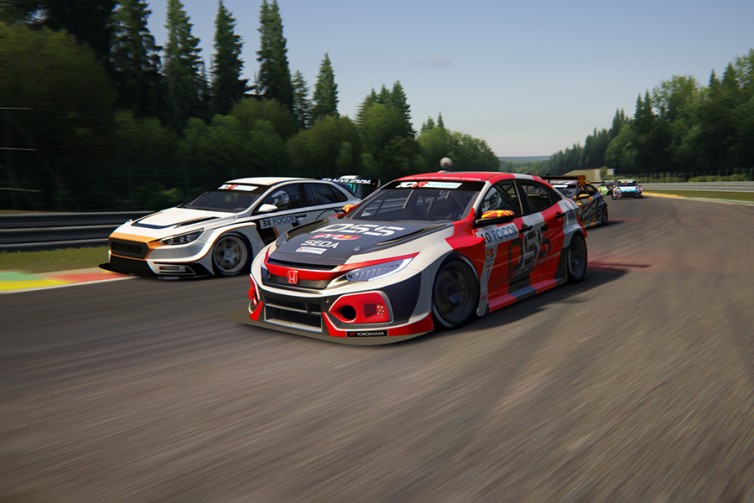 300 hours of work are needed to digitalise a TCR car

The opening round of the TCR Europe SIM Racing series has unveiled the virtual versions of the TCR racing cars that have impressed motorsport insiders and fans alike for their realistic and detailed look.
To enter the SIM racing arena in the best possible way, the WSC Group has appointed Italian expert Luca Ragusa who has made a stunning job in programming the homologated models and rendering the liveries of the different drivers.

“My job consists of programming the cars for virtual racing. I start from 3D renderings realised by Lorenzo Prati of LP Design, and through a bespoke tool I work on the look and the functional behaviour. It takes about 300 hours of work to complete each model; then my partner Marco Sabbatini works on rendering the livery of each driver and it takes him 20/25 hours more per car, depending on the complexity of the decoration. The final touch is given by Tino Hartmann who adds the sound of the cars,” Ragusa explained.
The drivers may adjust only a limited number of parameters. “During the programming I fix some features such as gearbox ratios, aerodynamic drag and suspension range, while the drivers can later set up tyre pressure, brake distribution and differential calibration.”
In cooperation with the car manufacturers’ technical departments, Ragusa will be soon working on the 2.0 versions of the virtual TCR cars. “We will improve the graphic so that the cars will show body damage after an incident, making everything even more realistic.”

Currently reserved for the real drivers, the TCR digital cars are already coveted by the fans, as was proved by the comments posted in live chat during the Spa races.
“We are pleased to see that the fans loved them. All we can say to them is to be patient. Soon our cars will be available for them too,” said WSC president Marcello Lotti.