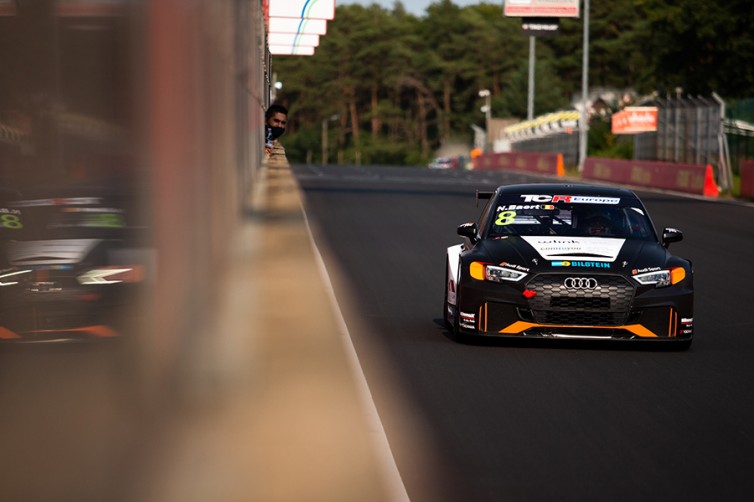 Comtoyou Racing’s teenager Nicolas Baert put in an impressive performance on his and the team’s home ground, as he posted the fastest time in TCR Europe’s second practice at Zolder.
Baert and his Audi were the only combination capable of completing a lap under the 1:37 mark, clocking a 1:36.828 that left the rest of the field more than half-a-second behind.
The session was disrupted by the red flag after seven minutes, when Florian Briché hit the tyre stack in the Kleine chicane; the session resumed after his Peugeot was recovered and the tyres put back in place, with twelve minutes left on the clock.
Before the interruption, the only significant time had been posted by Mat’o Homola, a 1:37.354 that eventually remained the second fastest lap of the session, as a lot of other drivers improved, but only Baert was able to be faster than him.
“That was a pretty good lap - almost perfect, I think. Now we are really looking forward to Qualifying tomorrow; all of the team did a really good job and so I’m really happy. We have tested a lot here and I know the track well, so that was a real positive for me, for sure. It’s also great for my confidence so early in the weekend,”Baert said.
By the end of the session, Baert’s teammate Sami Taoufik moved into P3, proving that Comtoyou Racing have worked well to take benefit of their knowledge of the track. The young Moroccan demoted Dániel Nagy to fourth, while Teddy Clairet placed the fastest of the Peugeot cars in fifth. Pepe Oriola was again the fastest of the Honda drivers, sixth with a gap of a bit less than eight tenths.
Action will resume tomorrow at 11:10 with the Qualifying session.