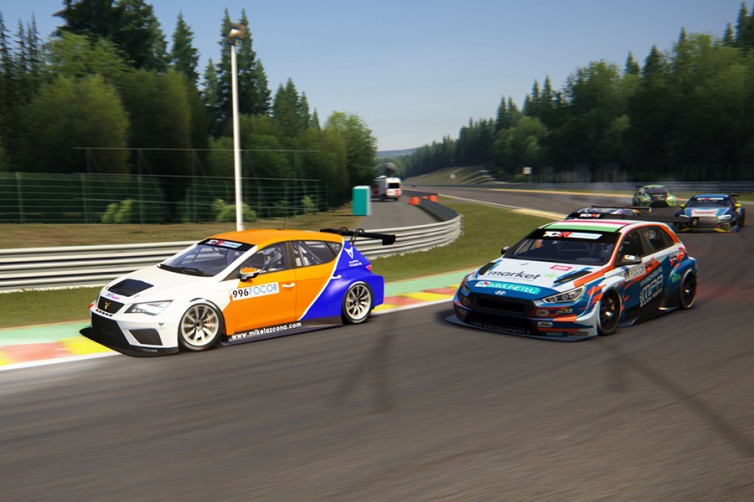 Azcona and Magnus were hit by post-race penalties

After reviewing the two TCR Europe Series SIM races of that were held Saturday night, the Race Control took the following decisions.

Race 1 – 25-second penalties for hitting other cars were inflicted to Mikel Azcona who dropped from 4th to 9th, Mat’o Homola (from 7th to 10th), Nicolas Baert (from 8th to 11th), Andreas Bäckman (from 12th to 13th), Jack Young (from 13th to 16th), Stéphane Ventaja (from 16th to 17th) and Lewis Kent (18th).
Jessica Bäckman was excluded for not slowing down in avoidance of an incident occurred on the first lap; Viktor Davidovski and Martin Ryba were both excluded for using the ESC key.

Race 2 – A 25-penalty was imposed to Gilles Magnus for colliding with Andrej Studenić in lap 5, this dropped the young Belgian from 4th to 11th. Teddy Clairet was given a 10-second penalty for clashing with Mat’o Homola, however he advanced one place from 11th to 10th because of Magnus’ penalty.
Davidovski (14th), Gianni Morbidelli (15th), Jimmy Clairet (16th), Lewis Kent (17th), Tom Coronel (18th) and Kevin Ceccon were all excluded for using the ESC key.

These penalties did not affect the first two positions in the standings held by Dániel Nagy (90 points) and Bence Boldizs (73). However, Azcona lost 14 points and dropped from third to fourth, one point behind Tamás Tenke (55), while Magnus was demoted from fifth to eighth.