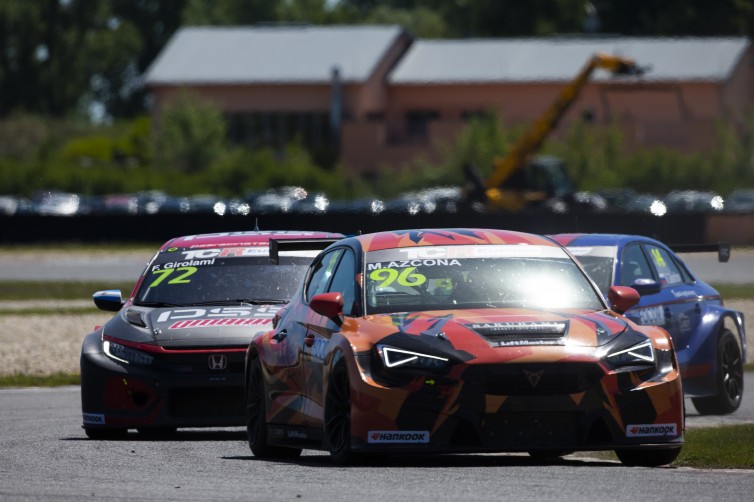 Thanks to victory in Race 1 and second place in Race 2 on the opening weekend of TCR Europe, Mikel Azcona heads for the second event of the 2021 season with a 22 point lead in the Drivers’ championship. The driver who held off Azcona’s determined challenge in Race 2 at the Slovakiaring, Mehdi Bennani, is the man in second place in the standings, with the two former TCR Europe champions stamping their authority on proceedings from the very start of the season.

A number of other drivers will have taken positives away from Slovakia. Tom Coronel demonstrated that he’s more than capable of matching - and beating - the younger drivers when he went fastest in Qualifying and then finished fifth and sixth in the two races. Dušan Borkovič recorded a pair of top ten finishes in another Comtoyou Racing Audi RS 3 LMS while the team’s youngest driver, Nicolas Baert, finished second behind Azcona in Race 1 and so will be hungry to go one place better in the pair of races at the Paul Ricard circuit at Le Castellet in the south of France.

Hyundai’s brand new Elantra N made its European debut at the Slovakiaring, but was immediately on the pace. Not only did Bennani score the car’s maiden sprint race victory, but Niels Langeveld beat his compatriot Coronel to finish fourth in Race 1 and then battled with Borkovič in Race 2 until an off-track excursion resulted in retirement with a blocked radiator. The long straights of the Paul Ricard track should suit both the Audi and Hyundai cars.

The French event will see another appearance by Hungary’s Daniel Nágy, who finished third in a CUPRA Leon Competición in Race 1 at the opening event, while Franco Girolami recorded the same result in a PSS Racing Honda Civic in Race 2 behind Bennani and Azcona.

Among the younger drivers who’ll be keen to improve on their performances in Slovakia will be the Brutal Fish Racing duo Isidro Callejas and Jack Young and Sébastien Loeb Racing’s Sami Taoufik - the Moroccan driver finished 17th in Race 1 and failed to start Race 2 because of a transmission problem on the grid. Jimmy and Teddy Clairet will also be looking to do well at the home event for both themselves and Peugeot.