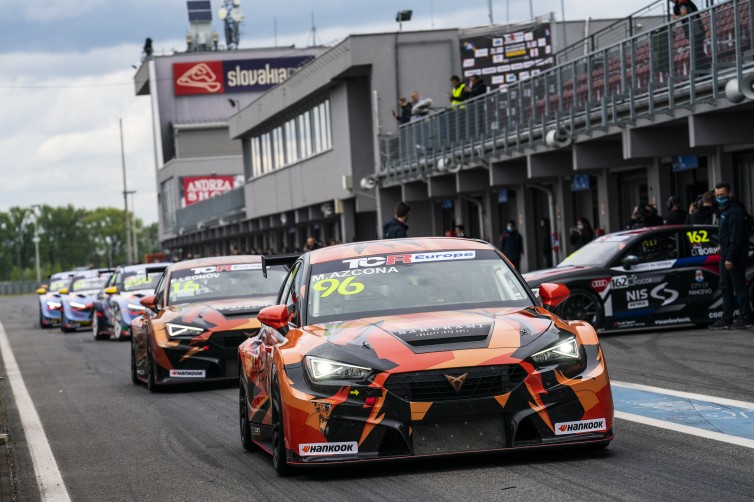 Azcona sets the challenge at the Slovakiaring

Then, on lap 6, Azcona became the first driver to break the 2:11 barrier with a time of 2:10.985. The Spaniard’s time wasn’t beaten during the remainder of the session and so Azcona gained the psychological boost of setting the first fastest time of both the weekend and the 2021 season.

Mikel Azcona (fastest): “I’m very happy - this is the best way to start the season! We were here testing two weeks ago and so I think we have a very good set-up on the car. On my fastest lap I did two big slipstreams so that helped me a lot and I used 100% of the grip of the tyres, so it was a perfect lap. I’m very proud of the team and it’s clear that we worked hard during the winter. It’s only Free Practice, but it’s a very positive start. I’m sure the rest of the drivers will work really hard to beat me but we still have a big window to improve even more.”

Free Practice 2 is scheduled to start at 15.55 CET and will be streamed live on TCR TV and the series’ social media platforms.