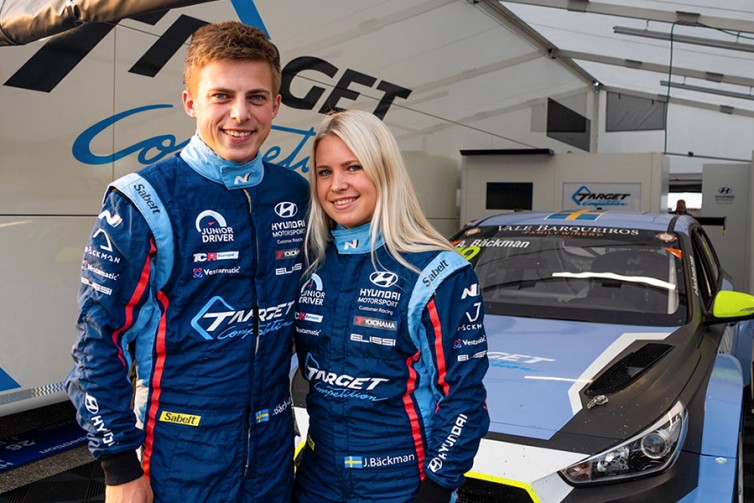 Andreas and Jessica Bäckman will return to the TCR Europe series in 2020, again at the wheel of Hyundai i30 N cars run by the successful Italian team Target Competition.
Last year, Andreas reached fourth place overall in the TCR Europe Championship with one race win at Barcelona Catalunya as well as two consecutive pole-positions and multiple podium results during the year. While Jessica became the first woman in the history to finish on the podium in TCR Europe; she also claimed two podiums in TCR Scandinavia and TCR Germany, and was selected to represent Sweden in the Olympics of Motorsport, FIA Motorsport Games, where she finished in sixth place overall.

“It feels super exciting to be one of the few chosen racing drivers in the Hyundai Motorsport Customer Racing Junior Driver initiative once again. We are truly honoured that Hyundai Motorsport keeps believing in us and we will do everything we can to make this year the best so far,” Andreas said.

“The opportunity also gives us the best possible conditions in order to develop as drivers and eventually reach our goal: to compete in FIA WTCR against the best touring car drivers in the world,”Jessica echoed.