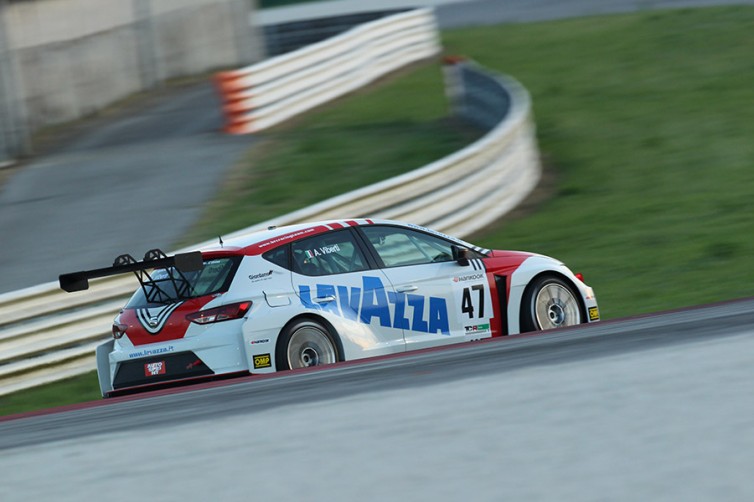 An unforseen turns of events enlivened the Qualifying of the second event of the Italian Touring Car Championship that is also valid as second round of the TCR Trophy Europe.

The first session kicked off in the late afternoon, with the Italian Championship leader Roberto Colciago’s Honda Civic nailed into its garage by an engine failure. Moments later the SEAT León of Alberto Viberti, that had previously dominated both the Practice sessions, stopped on the track with a broken drive shaft.
With the two main players out of contention, Imerio Brigliadori posted a provisional fastest lap of 1:46.262 with six minutes left on the clock and then improved to 1:46.157 on the following lap, claiming pole position for tomorrow’s Race 1. On his first appearance in the championship, Brigliadori is at the wheel of a BF Motorsport SEAT León he shares with Vincenzo Montalbano. Two other BF Motorsport drivers, Samuele Piccin (1:46.508) and Daniele Verrocchio (1:46.992), qualified their SEAT cars in second and third.

The light was fading into dusk when the second session began. Colciago was still unable to join, while the BRC Racing Team crew was working to replace the broken drive shaft on Viberti’s car. Vincenzo Montalbano (1:46.455), Romy Dall’Antonia (1:46.504) and Marco Costamagna (1:46.807) were filling the top three spots in the time sheet when Viberti was finally able to join. He had only the time to clock one lap, but it was enough for him to claim the pole position for Sunday’s race with the impressive time of 1:45.001.

Race 1 starts tomorrow at 18:50 local time; live streaming will be available on www.tcr-series.tv.