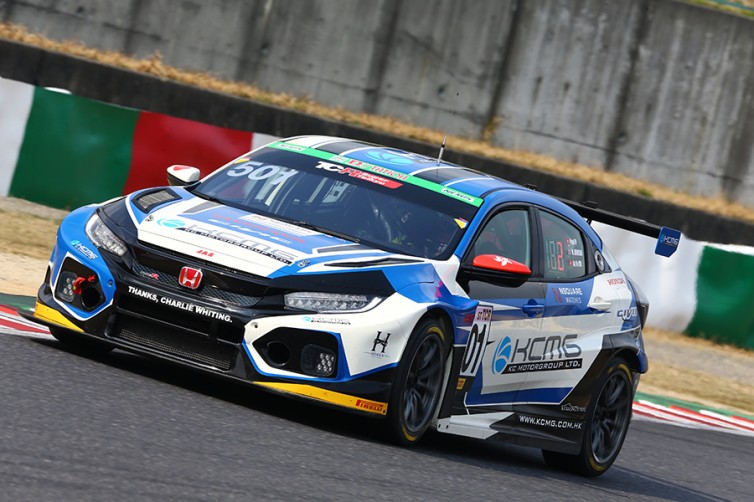 The Brutal Fish Racing Team will expand its line-up to four cars for the TCR Europe finale at Monza, this weekend.
The Hongkonger Paul Ip and the Australian Josh Burdon will join the team’s regulars Martin Ryba and Daniel Lloyd in a quartet of Honda Civic cars.

“I met Paul in January, while we were both taking part in the TCR Malaysia Series and we became friends. During one of our long ‘brainstorming’ nights, we came up with the idea to do a team exchange, so he will drive for Brutal Fish Racing Team at Monza and in return, I will race for KCMG in an event in Asia, sometime. Then a few weeks ago he suggested to add Josh Burdon to the team, and we agreed,”explained Brutal Fish’s principal Ryba.

KCMG's team founder, Ip is an experienced driver having raced in the China Touring Car Championship, Asian Le Mans Series and Porsche Carrera Cup Japan, while Burdon has won titles in the Asian Formula Renault and V8 Championship before switching to sportscars and GT races. During the current season they both spent much time in TCR competition; after taking part in the TCR Malaysia series, Ip is competing in the new TCR Japan championship and also in the Super Taikyu endurance series in which he shares the KCMG Honda Civic with Burdon and Jim Ka To.

“I’m really excited to join Brutal Fish Racing Team and TCR Europe at Monza. The series and its drivers are top level and so we’ll see how I’m going to finish. I’m also looking forward to spend the weekend with Martin and JAS Motorsport,”Pul Ip said.

And Burdon echoed: “I wish to thank Paul and Brutal Fish for this fantastic opportunity of joining the exciting TCR Europe grid on the iconic Monza circuit. I know the car well, so I can’t wait foe the race weekend to start.”