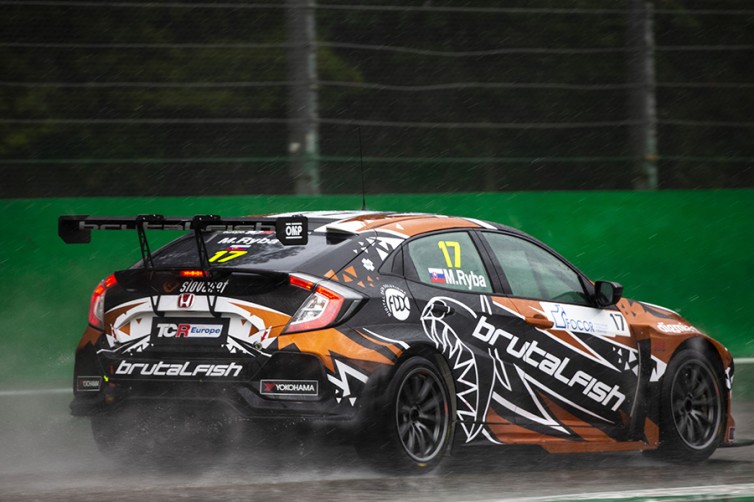 Brutal Fish Racing Team is returning to TCR Europe for the 2021 season with Martin Ryba the first driver announced for what will be a three-car team of Honda Civic Type R cars.
The Slovak squad, which has been a regular race-winner in TCR Europe, will tackle its fourth season in the contest, meaning it will have been present in every year the series has taken place.
Team Principal Martin Ryba is the first driver to be announced by the team, with the remainder of its line-up to be revealed throughout this week.

“TCR Europe has always been a well-organised series run on the best tracks in Europe, and this year is even more special for us as the first round will be held on our home ground at the Slovakiaring. We are really happy to race in front of our fans and friends,” Ryba said. “The racing in this series is very close with many stunning fights. The level is getting better every year. Every race is fantastic, as we saw last season. I am looking forward to race against all the great drivers in this series and finally to meet our friends from other teams.”

Brutal Fish will continue its successful cooperation with JAS Motorsport. Daniel Lloyd, a title contender last year, has a new role with the team for the coming season while he continues to search for driving opportunities elsewhere. The Briton will continue to act as the team’s driver coach but will also assume a number of additional management duties throughout the year.