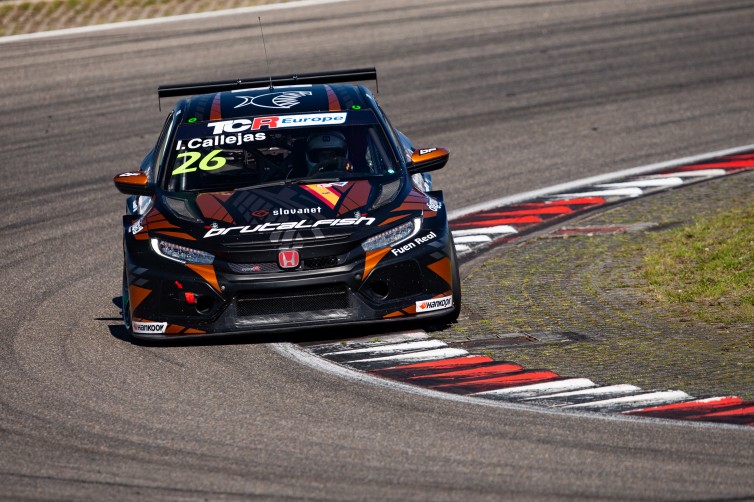 Spanish teenager Isidro Callejas will start Race 1 at the Nürburgring from pole position, with the Brutal Fish Racing driver having set the fastest time in Qualifying at the German circuit. An all-Honda front row for the opening race will see the PSS Racing car of Franco Girolami start alongside Callejas, with the current championship leader Mikel Azcona starting from fifth place on the grid.

The ten-minute second stage of Qualifying was always going to deliver drama and it didn’t disappoint. The first two drivers in the Championship standings, Azcona and Girolami, had each been fastest in yesterday’s two Free Practice sessions and so all eyes were on the pair. It was the Audi of Gavrilov that was the first to set a competitive lap time in the session, however, with the Russian driver’s time of 2:07.985 giving the others their target to beat.

Race 1 is scheduled to start at 14.55 CEST this afternoon and will be streamed live on TCR TV and the series’ social media platforms, plus the TCR Australia and TCR UK Facebook pages.