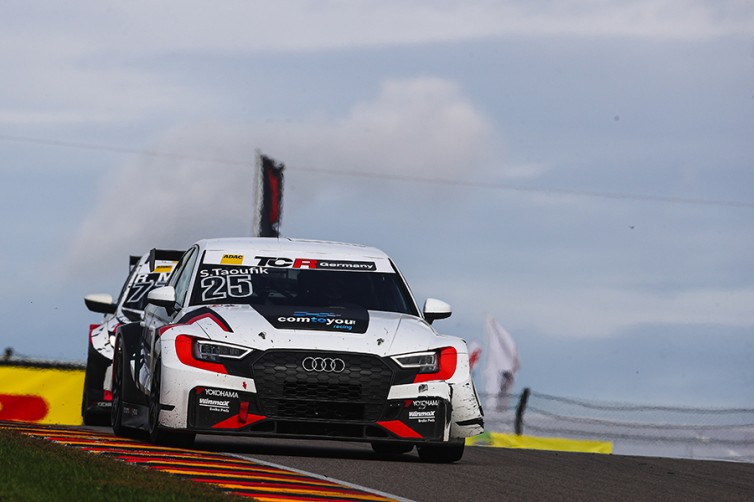 Comtoyou Racing will field a second Audi RS 3 LMS car in the TCR Europe final event at Monza for Sami Taoufik who will team up with Gilles Magnus.
In his karting years, Taoufik, a 17-year-old from Morocco, was crowned champion in the 2016 WSK Super Master Championship, Class OKJ and in the 2017 CIK-FIA European Championship, Class OK.
He switched to car racing at the end of 2017 to compete in the United Arab Emirates Formula 4 Championship and then last year took part in the Formula Renault Eurocup.
Last week Taoufik had his first taste of Touring Car competition, as he entered in the ADAC TCR Germany’s finale at the Sachsenring. In the very same car he will drive at Monza, Taoufik was an impressive rookie. Twelfth fastest in the first Free Practice he improved to seventh in the second session and then created a surprise in Qualifying by ranking third in Q1 and fifth in Q2, only 0.077 seconds slower than title contender Antti Buri in the fastest of the Audi cars.
He paid for his lack of experience at the start of Race 1, as he went straight at T1 and rejoined at the back of the field, but made a brilliant recovery to finish tenth. In Race 2, he completed a solid performance and was classified 11th.