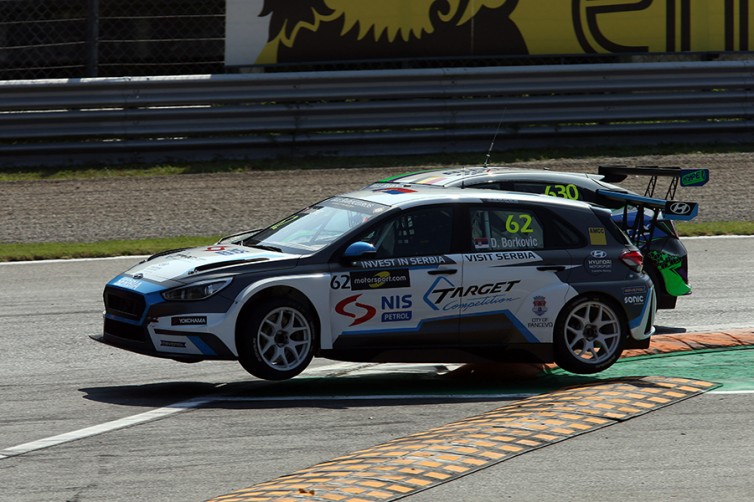 TCR Europe title contender Dušan Borković was excluded from the whole Monza event and lost the ten points scored in yesterday’s Race 1.
The Stewards of the Meeting took the decision after watching video evidence of the Serbian driver involved in a fight in the paddock after today’s second race in which he had retired because of a puncture.
The Stewards also decided to report Borković to the FPAK – Federação Portuguesa de Automobilismo e Karting, the body that rules the TCR Europe series.
Borković’s exclusion meant that his gap in the standings increased to 30 points behind Mikel Azcona and 11 behind Jean-Karl Vernay.
This also affected the Teams’ standings in which Target Competition’s advantage over Hell Energy Racing with KCMG was cut to seven points.