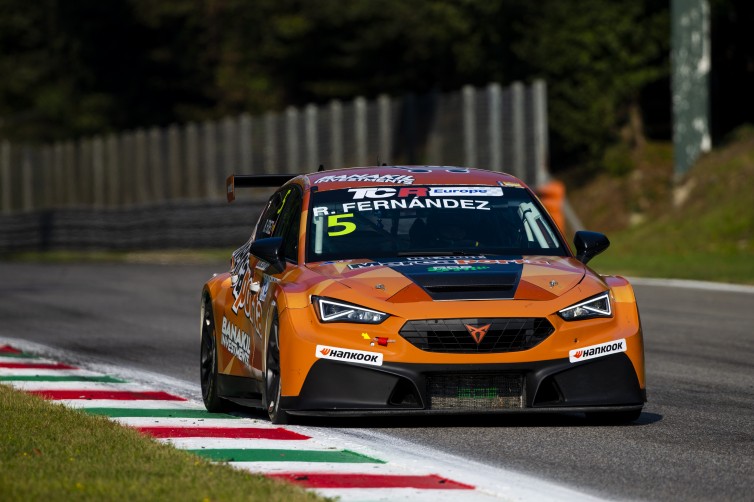 Felipe Fernández replaces his brother for his home event

After a successful debut at Monza two weeks ago, the RC2 Junior Team will again enter two CUPRA Leon Competición cars for the final TCR Europe event at the team’s home track in Barcelona this weekend.

The #101 car will again be driven by Sergio López from Venezuela, who scored 2 points in the Rookie class in Race 2 at Monza, while a change to the driver line-up will see Felipe Fernández Gil take over the car his older brother Rubén drove to twelfth place in Monza’s opening race.

Despite it being Felipe’s first drive in TCR Europe, he is no stranger to the CUPRA Leon Competición. The Barcelona-born driver made a one-off appearance in TCR Italy at Imola in September in which he finished eleventh in Race 2, while he finished fifth, recording one race victory, in the Campeonato de España Resistencia in 2020 and is currently third in the 2021 series having scored three race wins while sharing the car with Rubén.