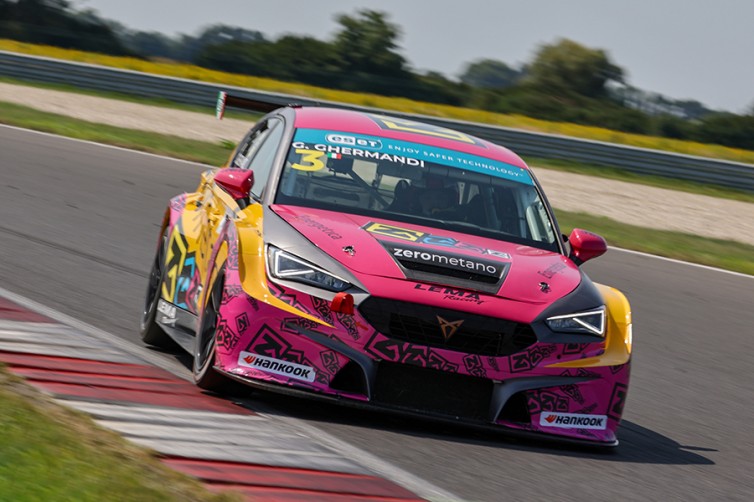 Ghermandi joins TCR Europe for the season finale in Barcelona

Giacomo Ghermandi will make his maiden appearance in TCR Europe this weekend at the Barcelona-Catalunya circuit for the series’ season finale.

The Italian driver is a rookie in TCR having joined the category this year to race a CUPRA for LEMA Racing in the TCR Eastern Europe championship. He claimed his best result – a fourth place – in his very first race at the Slovakia Ring and was classified 11th in the final standings. After the first four events Ghermandi swapped the CUPRA for a new CUPRA Leon Competición, the same car he will drive in Barcelona.

“This has been an apprenticeship season for me, and I improved race after race. In TCR Eastern Europe I came close to finishing on the podium a few times and last week I battled for the pole position in the Coppa Italia Turismo at Monza. I can't wait to compete in Barcelona with the TCR Europe drivers and compare myself with professionals such as Mikel Azcona and Tom Coronel who are my favourite drivers. I can't wait to be on the track and fight for the best possible results; the car is fast, the team is prepared and I'm ready! For next year, we are evaluating different options: racing again in TCR Eastern Europe, staying at home to compete in TCR Italy or making the leap to TCR Europe,”Ghermandi said.