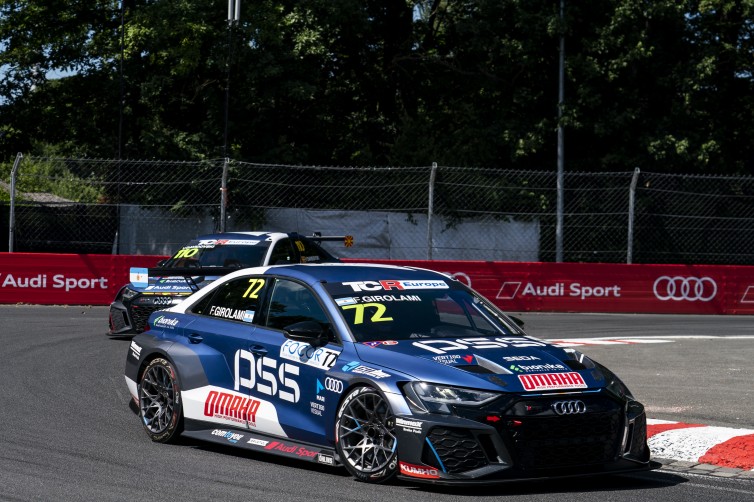 This weekend, Franco Girolami and the Comtoyou Racing team could secure both the Drivers’ and Teams’ titles at the penultimate event of the 2022 TCR Europe season at the ‘Temple of Speed’ – the Autodromo Nazionale Monza – which has hosted the championship in each of its last five seasons. Last year saw the Argentinian driver win Race 1 at the iconic Italian circuit and Girolami will be keen to repeat that result in at least one of this weekend’s two races.

Girolami, who finished the 2021 season as runner-up to Mikel Azcona, is currently 78 points ahead of Josh Files in the Drivers’ championship, with Tom Coronel a further 13 points adrift in third place. Girolami and Coronel are the only double race winners so far in 2022, a feat that has helped the Comtoyou Racing team to a commanding lead of 126 points in the Teams’ standings. Both titles could be decided in Monza, ahead of the series’ final event in Barcelona in mid-October.

His team might already have one hand on the trophy, but Girolami’s chances of wrapping up the series early are anything but straightforward. Files is yet to win a race this year, but a string of consistent results has seen him rise to second in the standings. It’s also worth remembering that he secured the 2019 TCR Europe title by winning the final race of the season at Monza. Fourth-placed Isidro Callejas – just six points behind Coronel – will be looking to add to the victory he recorded in Race 1 at Spa-Francorchamps. Other race winners so far this season include Mike Halder and his Halder Motorsport teammate Jack Young, HYUNDAI | Janík Motorsport’s Jáchym Galáš and Viktor Davidovski in the third Comtoyou Audi RS 3 LMS.

Other drivers who are hungry to record their first wins of the season include Files’ two Target Competition teammates Felice Jelmini and Nicola Baldan and Pepe Oriola, who narrowly missed out on a podium finish at the Nürburgring in his new Aggressive Team Italia Hyundai Elantra N. Volcano Motorsport’s Klim Gavrolov and John Filippi in the Sébastien Loeb Racing – Bardahl Team CUPRA Leon Competición are two other drivers overdue for wins, particularly when you consider Azcona’s strong performances in a similar car in both races at Monza last year.

Aside from the two championship battles, Monza is set to witness the largest grids of the entire season, with a total of 25 drivers entered for the event. The Diamond Trophy, currently led by Davidovski by 62 points from Evgenii Leonov, sees several eligible new drivers. In all, seven drivers will contest the category in Monza, including BF Motorsport’s Matteo Poloni, the Janík Motorsport Team Principal Václav Janík and the RC2 Junior Team pairing of Ruben and Felipe Fernandez.

Mathematically, Marco Butti cannot now be beaten in the 2022 TCR Europe Rookie Trophy, but he will face competition this weekend from Paolo Rocca in an MM Motorsport Honda Civic Type R and Levente Losonczy, who joins Oriola in a second Aggressive Team Italia Hyundai.

But, with a total of 96 points on offer from the two Qualifying sessions and the two races, all eyes will be on Girolami and Comtoyou this weekend. Will the titles remain alive until the last event in Barcelona or will Girolami out-score Files and the others by the margin he needs? We’ll know the answers by early afternoon on Sunday!

Both races will be streamed live via the TCR Portal tcr-series.tv and on the TCR Europe social media channels