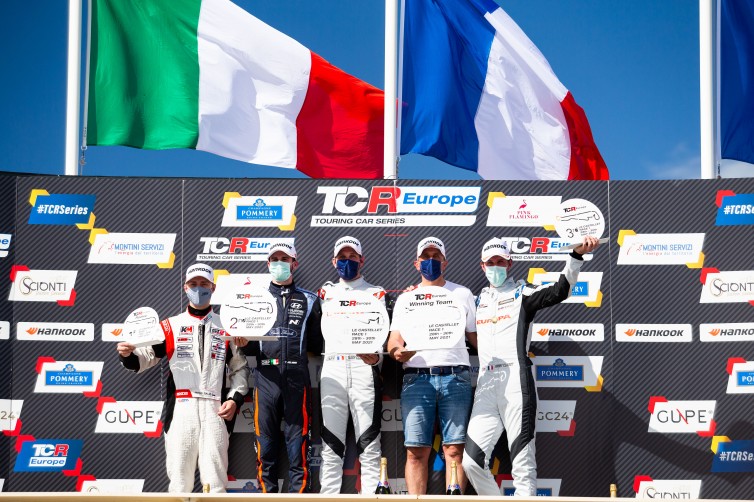 Teddy Clairet (1st): “When you do a race like that, from the outside view its seems easy because everything is okay, but I pushed as hard as I could over ten laps because I didn’t want to make any mistakes to give an opportunity to Jelmini. So no, it’s never easy to win a race and so I’m very happy. My start was not really good but fortunately for me, Bennani was also not very good and so Jelmini took a little bit longer to get to me. It was quite hot in that first corner but he was respectful - he gave me some space and I gave him some in return. I didn’t really think about the tyres, to be honest, as I just wanted to focus on my race. I felt good in the car and just wanted to do lap after lap after lap and enjoy it.”

Felice Jelmini (2nd): “I’m really happy with the car and I’m really happy for the team. We did an amazing job; it was hot outside so it was really hot inside the car. I tried to manage the tyres a little in the first half of the race, so I would be able to push in the second but the Peugeots were really strong. I just want to say thank you to the team and to Hyundai because the car was amazing. You know, Touring Car racing is quite difficult and I prefer to slow down a little and keep the slipstream from the car in front because in my opinion is was too much of a risk to try to pass Teddy in Turn 1. It will be tough tomorrow as it always is, but we start from P7 or P8 I think so we will be in the middle of the pack and so it will be quite difficult.”

Jimmy Clairet (3rd): “I could never have imagined before the race that I would finish third, after I made a big mistake in Sector 3 in Qualifying. I made a fantastic start and everything was good in the first chicane so I was in P3 and I tried to put pressure on Jelmini but he did a great race and so I was happy to finish on the podium. I’m so proud for my father and the job he did for us. I think I had good pace in the middle of the race but on the third or fourth lap from the end he picked up his pace and I couldn’t match him. My pace was pretty good throughout the entire race but he was very strong towards the end. I hope to do another good start tomorrow and then we will see what happens.”