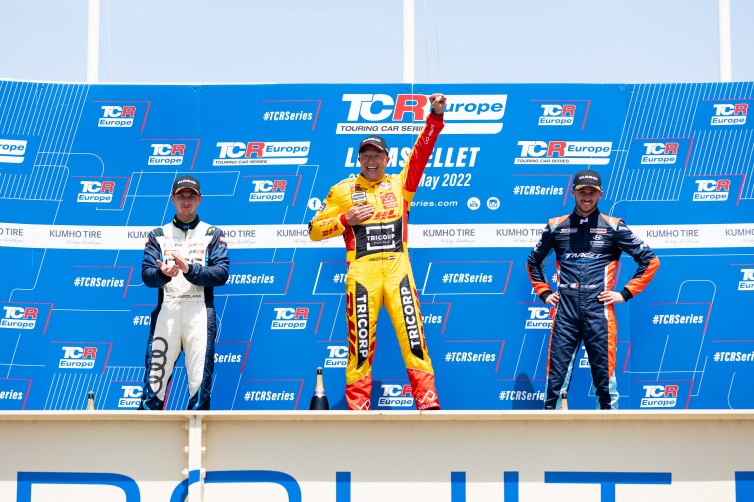 Tom Coronel (1st): “That wasn’t a bad day’s work! I put four new tyres on the car so I knew the key was the first three or four laps to open up a gap. In the first corner I was a little bit confused because I was looking for (Josh) Files; I saw Jelmini behind me and so I thought there was something strange going on and was wondering ‘where is he’ to myself, then on the radio they said he stalled at the start and that was a pity because I thought that was going to be a tough one. I had a very good feeling with the car and it’s always good if you get an output after all the input!”

Franco Girolami (2nd): “I feel very happy. Congratulations to all of the Comtoyou team for doing such a great job with Tom in P1 and me in P2. I have nothing else to say, only to say thank you to everyone at Comtoyou. As for tomorrow, when the lights go green all the drivers have a chance to win the race, but the key today was the start and so we will have to see tomorrow. I hope to repeat this kind of result but I will have to have a good start to do that.”

Felice Jelmini (3rd): “It was tough. We miss a little bit of top speed compared to the others, but the set-up was amazing and it allowed me to push as hard as I could. I really want to say thanks to the guys because the car was really amazing. We have to improve for sure in order to gain the first position but today I’m happy for the team and for me as well. As always, I’ll try to push as hard as I can in Race 2 tomorrow but it will be more difficult because starting from the back is always more difficult but I’m positive because the car is fantastic. Let’s see tomorrow.”