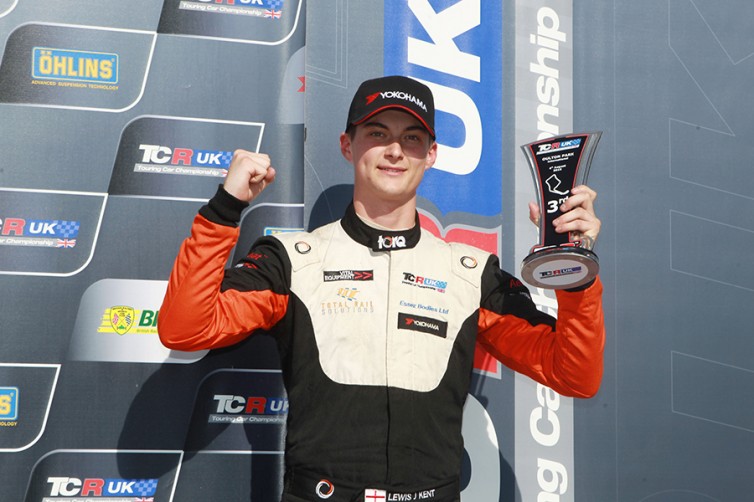 TCR UK regular Lewis Kent will make his TCR Europe debut in the upcoming event at Spa-Francorchamps, driving a Hyundai i30 N run by the Essex & Kent Motorsport team.
The 19-year-old Englishman began his automobile racing career in the 2015 Ford Fiesta Championship in which he was runner up two years later. In 2018 he competed in the TCR UK inaugural season at the wheel of the Essex & Kent Hyundai; he was classified fifth in the championship, with two third places as his best results.

“I have been looking forward to the Spa event since it was announced that TCR UK was going to join TCR Europe there. Since then, TCR UK has been undergoing changes but we as a team were set on joining the grid for that weekend, and hopefully others later in the year depending on how this one goes. I have raced at Spa on two previous occasions once in Sports 2000 where I came second out of 42 entries in 2017 and last year in the 24-hour race, so I know the circuit quite well and if I can stay out of trouble hope to do quite well. My long-term goals are to race in WTCR, and being only 19 have time on my side. The Spa weekend will show if I have the makings of that class of drivers, and you never know may attract a big sponsor who can assist me in making my ambitions come true,” said Kent.

Team manager David Cleal added: “We set up Essex & Kent Motorsport last year with the sole intention of racing in TCR UK, we have been on a steep learning curve and this weekend at Spa will show how far we have come as a team and driver going up against some of the best drivers and teams Europe has to offer. We are just a small family-run team who go to Spa with the aim of winning, but in all honesty if we come away with a top twenty finish I believe we have had a great result and will show other teams sitting on the side lines in the UK that TCR is a way forward.”