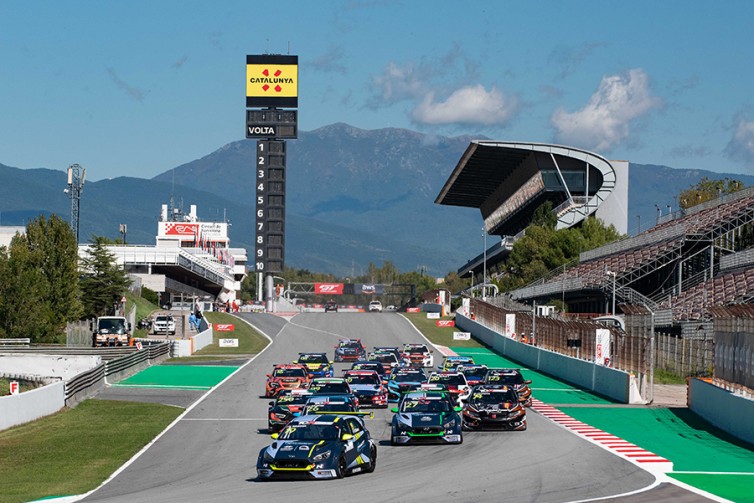 Some drivers seem to have a special affection for the Barcelona-Catalunya circuit. Yesterday Mike Halder won Race 1, two years after his maiden TCR Europe victory and today it was Andreas Bäckman victorious under the chequered flag. It was the Swede’s first win of the season and came one year after his first ever win in the European series. This was also the first success of the year for the reigning team champion Target Competition and for the Hyundai i30 N model.
It could have been a 1-2-3 finish for the Italian outfit, but Jessica Bäckman and John Filippi who were running second and third collided in lap 7; Jessica spun off the track, while Filippi was given a drive-through that dropped him to 11th.
Eventually, Comtoyou Racing’s Sami Taoufik and Mehdi Bennani filled the other podium positions, while Pepe Oriola, who seemed set to finish second after the Jessica-Filippi incident, dropped to 14th in the final part of the race.
At the start, Andreas Bäckman sprinted from the pole to take the lead from his sister and Filippi, while Oriola and Bennani overtook Nicolas Baert moving into fourth and fifth respectively; further back Mat’o Homola was pushed off by another car and lost one lap before rejoining.  Taoufik and Mike Halder were climbing in the order after making a poor start and the young Moroccan driver managed to pass Bart, Bennani and finally Oriola to move into P2.
The final laps saw Oriola progressively losing places, which promoted Bennani, Dániel Nagy and Mike Halder to third, fourth and fifth respectively; while Lloyd was classified ninth.
These results meant that Mike Halder has taken over the leadership in the standings, nine points clear of Lloyd and 11 over Bennani.
The next event of TCR Europe will be at Spa-Francorchamps on October 22nd/24th.