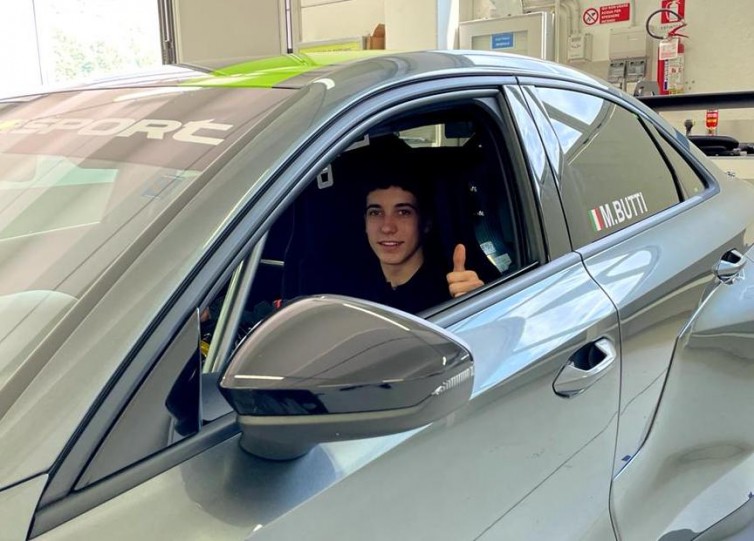 Élite Motorsport has announced that Marco Butti will join the team for the remainder of the 2022 TCR Europe season. Butti is expected to drive the Audi RS 3 LMS TCR that scored twelve points for Élite in the Teams’ championship in the hands of Luís Cidade at the season’s opening evening at Portimão at the beginning of May and will make his TCR Europe debut in the next event at Spa-Francorchamps in Belgium this weekend.

Seventeen-year-old Butti is no stranger to TCR cars, having driven a Volkswagen Golf GTI TCR for Élite Motorsport in the 2021 TCR DSG Europe series in which he ended the season as runner-up in the Drivers’ standings. He also finished second in the 2021 Coppa Italia Turismo in a Hyundai i30 N. So far in 2022, he has contested the first two rounds of this year’s Coppa Italia Turismo and the second round of TCR Italy at Imola.

“It’s a dream that comes true, I can’t wait to be in Belgium,” said Butti. “TCR Europe is the most challenging adventure I have faced since I’ve been a racing driver, an epic chance made possible by S4 Energia and Élite Motorsport. The level of the series is very high and this gives me the right attitude to push more and more. I have a lot to learn and I have to find the right feeling with the new RS3, but I have the best technicians on my side to grow as fast as I can.”