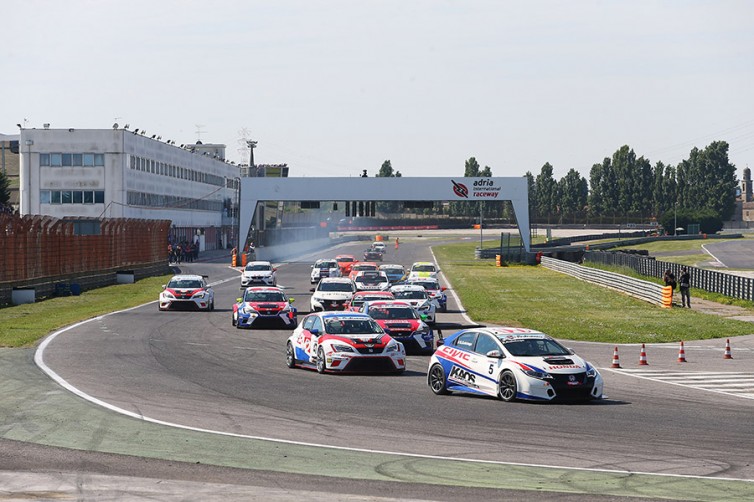 The TCR Trophy Europe resumes for its second weekend at Misano Adriatico, Italy, in the frame of the Italian Touring Car Championship.
After welcoming TCR cars last year in the Endurance Touring Series, ACI Sport the Italian National Sporting Authority decided to reshape the championship that is now based on TCR as its main category.
The opening event was held at Adria one month ago and was dominated by Roberto Colciago in the AGS Motorsport Honda Civic. The rest of the TCR field is entirely formed by seven or eight SEAT León cars.
The event format provides two sprint races, one on Saturday afternoon and one on Sunday morning and drivers are allowed to share the cars (one race each) and the point scored during the weekend.
The event is also valid as the second round of the TCR Trophy Europe that kicked off at Smolensk Ring, Russia on May 14 and 15.

The website www.tcr-series.tv will offer a full coverage of the event.
Both, live timing and live streaming will be available from Misano World Circuit Marco Simoncelli, according to the timetable here below.