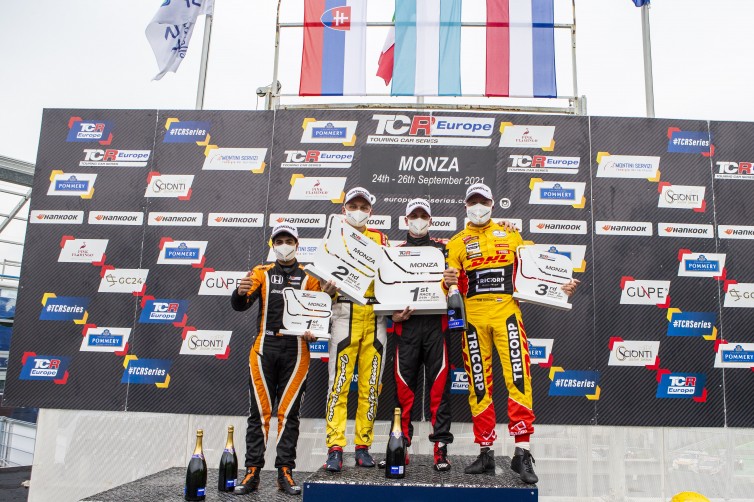 Monza Race 2: Quotes from the podium

Franco Girolami (1st): “I’m over the moon, because a second win in the weekend may prove crucial for the Championship. I didn’t hope to get such a string of results here. Today the key was the start and the first lap when I was able to recover five or six places.  I took a great start and then I managed to pass some others into the first chicane. It was good that I quickly managed to overtake Azcona and Baert, and I have to say that they both have been fair. The team gave me a perfect car, so good that it was as fast as my competitors’ cars despite the 60 kilos of Compensation Weight. This second victory is a well-deserved reward for the work we have done during the weekend.”

Mat’o Homola (2nd): “I was hoping for a wet race, because with the i30 N we struggle on the straight lines. But it was a great result for me and the team. My start was not very good; it wasn’t so bad, but too much wheelspin meant that Azcona and someone else, maybe Girolami, jumped ahead of me. After that all I had to do was trying to benefit from slipstreams. When I overtook Baert following his mistake into the Parabolica I found myself leading a pack of cars. I couldn’t close the gap from the leaders, and so I focused on defending the position which was not easy. I didn’t make mistakes and that was the most important thing. I’m happy with my driving and I’m really happy for the team.”

Tom Coronel (3rd): “It’s great to be on the podium again and to have moved into third in the standings. Maybe I should have pushed a bit harder, but I didn’t have enough speed to attack. All I had to do was to stay where I was and try to benefit from other people’s mistakes. At the beginning I focused on staying out of trouble. One of the advantages of getting older is that you have the experience to see what could go wrong. In ten laps there are always a couple of guys who make mistakes, and this is what happened. I didn’t make mistakes and I think I was the only one who never cut a chicane…“