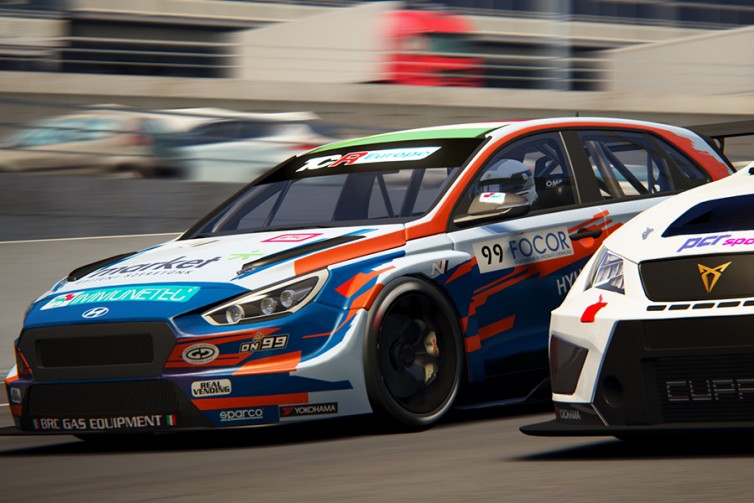 Nagy: I’m over the moon with this double win

Dániel Nagy was delighted with his great hat-trick in the TCR Europe SIM Racing opening event.

“I’m over the moon with this double victory. I haven’t practice too much; only up to two hours a day before the weekend. It was my first time with Assetto Corsa, but it was a good debut. I got a feeling for the game soon, and after the first few laps I felt that the pace would be good and I just had to work on consistency. It’s strange competing from home, from a quiet room. It’s absolutely different from a real race. You don’t feel the car and the power, don’t hear the sound of the engine and don’t smell the fuel.
For the qualifying my plan was to find a clean lap and avoid the traffic because I felt that my pace would be good even without slipstream. Consulting with my engineer about the tactic, we decided that I would complete three laps in the first stint and two in the second. We couldn’t communicate during the session so I had to decide by myself and it went well.
I was very focused at the start of Race 1 because I had suffered with it in the pastand I was surprised that it worked well. The first turn was a key moment, acceleration with cold tyres was great and the others could not use my slipstream, so I just had to focus on my pace. Bence Boldizs was very fast behind me and kept me under pressure throughout the race.
Before Race 2, together with my engineer Pietro Speronello, we chose a cautious strategy. It proved a good decision because I avoided a big crash in the first sector and a few laps later I avoided another one. From my third position I focused on not making mistakes because I knew that I would score the most points with P3 and I cared for the tyres waiting for Studenić and Azcona fighting each other. Eventually their battle helped me to get closer and find a gap to pass.”