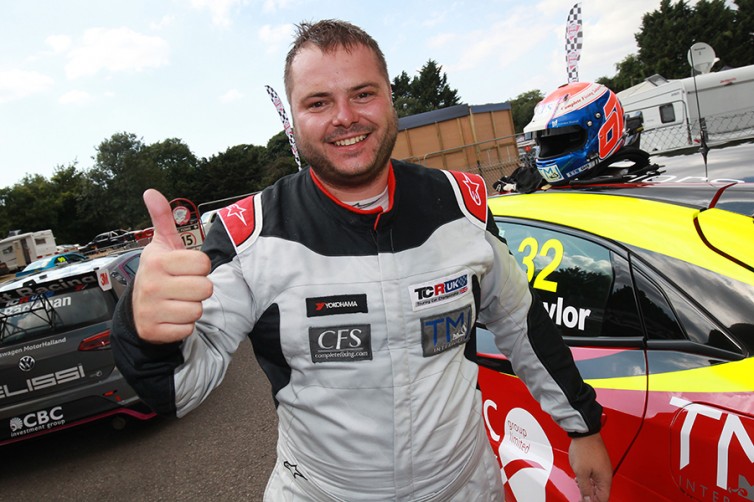 In addition to contesting the final two TCR UK events at Croft and Donington Park, Pyro Motorsport has announced that the team will also run Oliver Taylor in the two remaining TCR Europe race weekends at Monza and Barcelona.
Taylor currently lies in second place in the TCR UK Drivers’ championship standings, 78 points behind Daniel Lloyd and will contest the TCR Europe races in the same Honda Civic Type-R TCR car that he drives in the UK.

Ollie Taylor commented: “I have to say that I’m really enjoying competing in TCR UK. This year has been a great introduction to racing in a front-wheel drive car for me and it’s something I definitely want to keep on doing. The idea of going to Monza and Barcelona is basically to see how we’ll fare against the TCR Europe drivers. Our pace in the UK means we think we could do well against some of the European guys, but you never know for sure until you actually race against them. It’s a new challenge and I’m very excited about the fact that I can see for myself how I fare against them. It’ll also mean that we’ll know how much work we have to do over the winter.”

TCR UK Promoter Jonathan Ashman added: “We’ve said right from the outset that UK drivers will be able to use their cars in other championships, which is one of the strongest aspects of competing in TCR. I’m delighted to see Pyro Motorsport and Ollie Taylor have taken this on board and I’m sure they’ll represent us well in Monza and Barcelona, particularly since they’ll be using the same Yokohama tyres that they already know so well from TCR UK.”