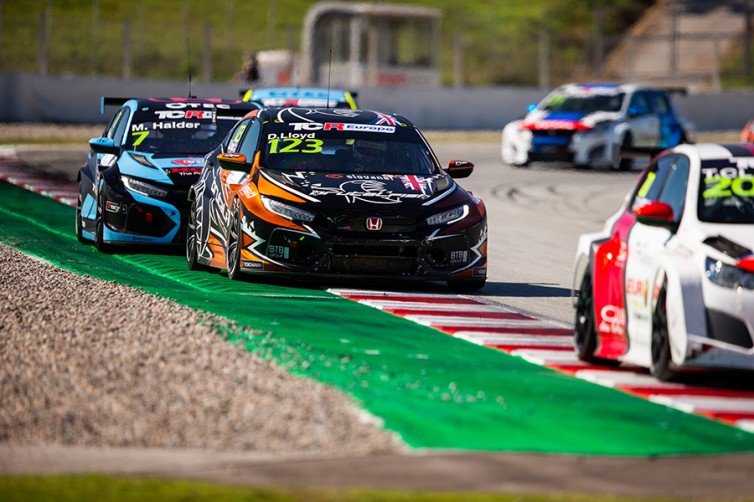 The penalties that were handed out by the Stewards after the second race in Barcelona gave Mike Halder a further advantage in the championship standings.
The German driver was promoted from fifth to fourth thanks to the penalty given to Dániel Nagy, who had crossed the finish line in fourth place. Nagy was deemed to have exceeded the track limits at Turn 2 when passing Pepe Oriola on Lap 11 and so the Stewards imposed a one-place penalty on the BRC Racing driver for failing to give back the position he gained during the move.
On top of this, Daniel Lloyd received a ten-second penalty for his part in the incident early in the race that forced Mat’o Homola to take to the gravel. Lloyd originally had taken the chequered flag in ninth place, but the penalty meant he dropped to sixteenth and so scored no points.
As a consequence, the Brutal Fish Racing driver has dropped from first to fourth in the Drivers’ Championship standings, with Mike Halder’s leading gap stretched to 13 points over
Mehdi Bennani who moved up into second place ahead of his teammate Nicolas Baert.
Another decision saw Julien Briché receive a penalty for an incident on Lap 8 in which his Peugeot made contact with the CUPRA of Evgenii Leonov. Briché picked up a three-place grid penalty for the next race in which he will take part.