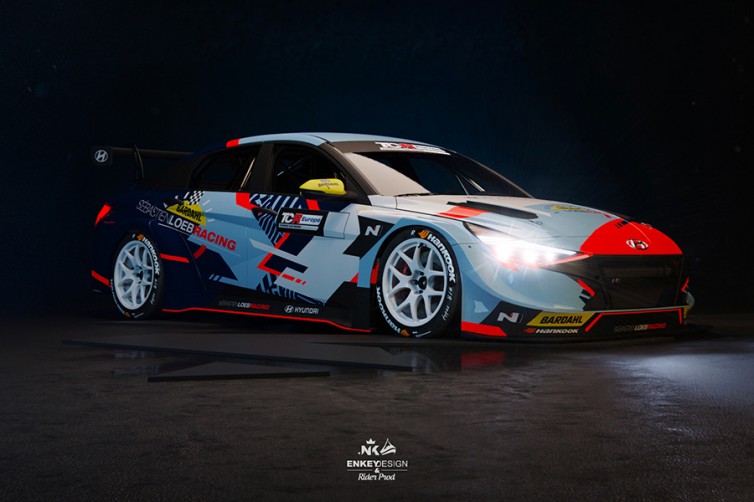 Sébastien Loeb Racing will run four Hyundai Elantra N cars in the 2021 TC R Europe, as the season marks the team's return to Touring Cars racing a few years after its successful participation in WTCC.
Niels Langeveld from the Netherlands and Felice Jelmini from Italy are the first two drivers named to take part in the European series, while their teammates will be announced in due course.
The 33-year-old Langeveld had already proved his skills in TCR competition, with two years in the ADAC TCR Germany that saw fighting for the title in 2019 and eventually finishing third in the standings; the Dutchman then, took part in the 2020 WTCR. As for Jelmini, the 25-year-old has impressed last year on his maiden full season in TCR Italy, claiming two race wins and ranking third in the standings. He also made an occasional appearance in TCR Europe at Monza, claiming an outstanding fourth place in Race 1.

Andrew Johns, Manager Hyundai Motorsport Customer Racing said: “Over the past few seasons, TCR Europe has established itself as one of the key championships in the category, attracting a number of highly professional teams, and successful drivers from around the world. Together with Sébastien Loeb Racing, Niels Langeveld and Felice Jelmini, I am proud that Hyundai Motorsport customers will be able to be part of this story in 2021.”

Dominique Heintz, Team Principal Sébastien Loeb Racing added: “The team and its drivers all have an excellent track record in TCR competition – both domestically and internationally – and with the Hyundai Elantra N TCR, they have a solid package that they can rely on to fight their way to victories, and perhaps the championship title. The whole team is very happy and excited to be able to return to Touring Car racing. Even if the development of new projects is rewarding and promising for the future, our DNA is performance on the track. With this large-scale program in TCR Europe we will be able to confront other competitors on the track and we love it! The confidence shown by Hyundai Motorsport Customer Racing is very rewarding for the team. We know that it is a manufacturer that likes to be competitive like us and I hope that this association will very quickly take the road to victory on the asphalt of these European circuits."