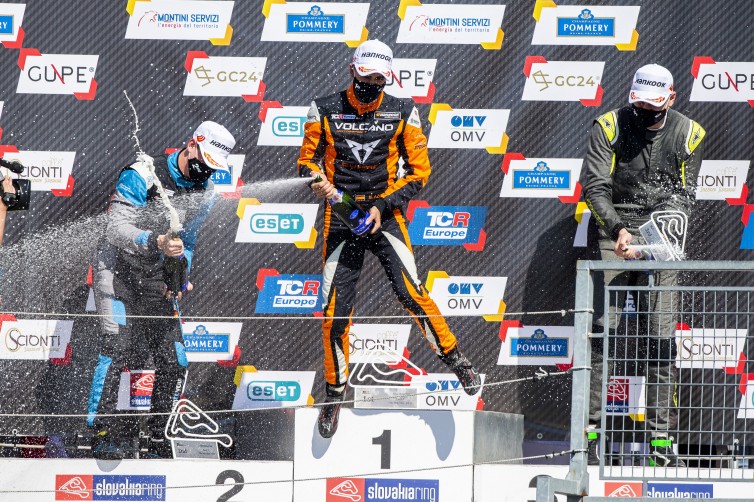 Mikel Azcona (1st): “I’m very happy to start the season with a victory like this. I think the secret to my result was the start - I had a really good launch and I think I had less wheelspin than Tom in the first few metres away from the start line. I could take the inside line for the first corner and that was the key in my opinion. In the next few corners I tried to push as much as possible and I was able to make a big gap. After two laps, I pushed hard again but I knew I had to look after the front tyres a little bit so I had to calm myself a little. I knew I had to watch the car behind me and control my pace to stay ahead of Nicolas and that’s what I did.”

Nicolas Baert (2nd): “Second place was a good result, so I scored some good points for the championship and I’m happy with that. The pace was looking good so it was a good race for me. I don’t know what happened with Tom because he suddenly lost speed, so I feel sorry for him. I had to manage my tyres towards the end of the race so in the end it was okay for me.”

Dániel Nagy (3rd): “I’m actually mega-happy because the car is completely new to me and I only drove it for the first time on Monday at the shakedown teat, so it’s been a busy week! I was a little bit worried about the start because I couldn’t practice so much and it’s not so easy to get it right, but it was the key to my result that I got the start right. The pace throughout the race was consistent; I was backing off a little at the beginning because I was not under pressure and I got quicker towards the end. I think I was actually quicker than the front guys over the last few laps but with not enough margin to do anything.”