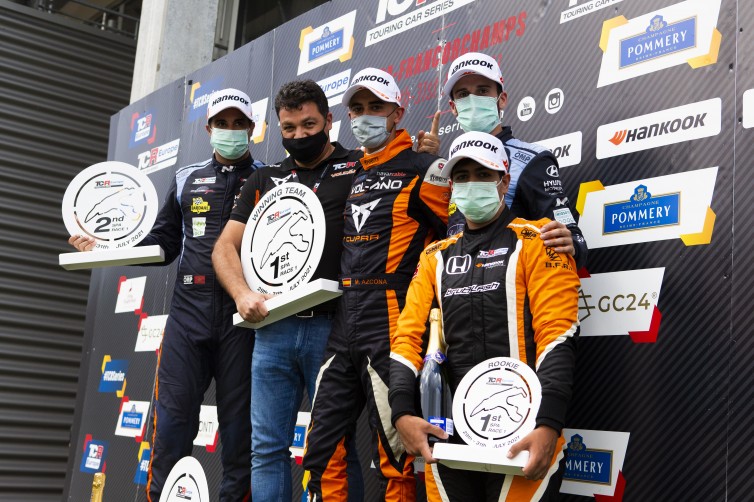 Spa Race 1: Quotes from the podium

Mikel Azcona (1st): “I’m really happy. Thank you to all my team – we did a really good job. In Qualifying, I did my best but I could only take P4 but then the race was amazing. The start was the key. I did a really good launch and then I could overtake the three Hyundai cars in front so that was really good. I also did a good restart after the safety car and I managed to keep ahead of Bennani. From that point onwards I was pushing really hard but at the same time managing the gap to Bennani and it was quite easy because of that gap. We finished P1, so got some really good points for the championship. It was comfortable for me because when you have Bennani behind you, it’s always difficult but I had a comfortable race, very clean and relaxed at the same time.”

Felice Jelmini (3rd): “For sure I’m not happy with the final result because I started from the pole so the main goal was to keep that position. In general it was a tough race – I tried to recover some time back from Mehdi and Mikel but it was really difficult. I overheated the front tyres; I tried to cool them down but I suffered a lot from understeer. I’m happy for Mehdi and the team, we scored a lot of points for the Teams’ championship but I’m not happy for me. I did a very bad start – maybe the limiter was set too low, but when I released the button the RPM was quite low. Okay, it was my fault as well, so I know I have to improve.”