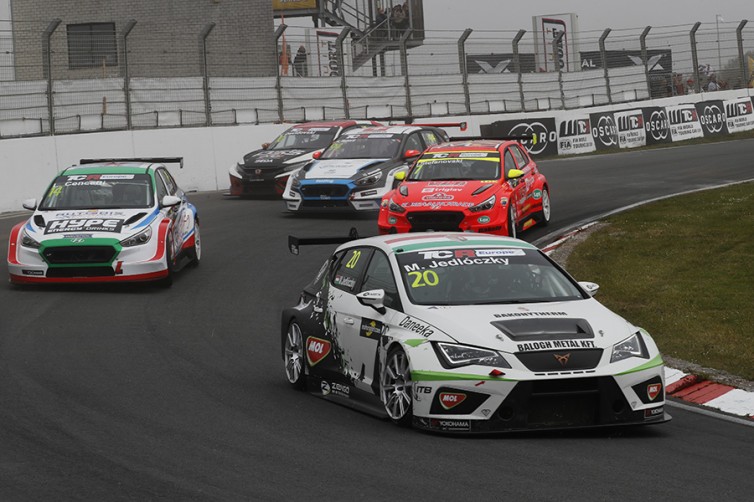 It has been a very difficult start of the season for Igor Stefanovski, as he was involved in two crashes during the second race at Le Castellet and at the start of the first race at Zandvoort.
In France, Stefanovski went off on the wet track and crashed into the barriers; the incident resulted in terminal damage for his Hyundai I30 N, which forced the team to buy a new one for racing at Zandvoort. Bad luck hit again in the Netherlands at the start of Race 1, when Stefanovski swerved in avoidance of Reece Barr’s spinning car and collided with Julien Briché’s Peugeot 308; the crew managed to make the car running for the second race, but more thorough repairs were needed.

“After having nearly finished to rebuild the car at our workshop we have discovered some damage that hadn’t been spotted before. Our mechanics had to take the engine and the front subframe out of the car, so it was not possible to finish in time for going to Spa. It has been a big disappointment for the whole team that has worked around the clock since after Paul Ricard. We are thankful to Hyundai Motorsport for helping us, they really did their best to deliver all parts,” explained team manager Miroslav Rastović.

Márk Jedlóczky of JLG Sport was also forced to miss the Belgian round due to a problem with one of the sponsors; he will return for the next event at the Hungaroring, his and the team’s home track.