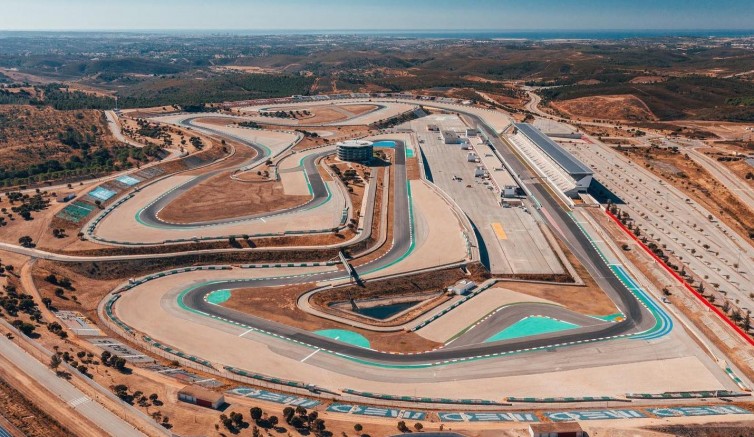 TCR Europe set for a rollercoaster start in Portimão

The Autódromo Internacional do Algarve in Portimão will provide the setting for the opening two races in the 2022 TCR Europe series this weekend. The track’s changes in elevation, together with its sweeping corners, have resulted in the circuit getting the nickname ‘The Rollercoaster’ and the event is sure to provide a thrilling start to the season.

TCR Europe has proved to be a difficult series to predict in the past and 2022 looks to be another year in which both the Drivers’ and Teams’ titles will be tough to call. Among the favourites to lift the Drivers’ crown at the end of the season will be the 2019 TCR Europe champion Josh Files, who returns to Target Competition to drive a Hyundai Elantra N alongside teammates Felice Jelmini and Nicola Baldan, but there are a number of proven champions and race winners who will take the fight to the English driver.

Also returning to the series are the 2021 TCR South America champion Pepe Oriola (Brutal Fish Racing) and the 2021 TCR Spain champion Mike Halder (Halder Motorsport) – both driving Honda Civic Type R cars. Oriola will be partnered by Martin Ryba while Halder’s teammates will be his sister Michelle and Jack Young. Young drove for MM Motorsport in last weekend’s opening round of TCR Italy at Monza, in which the Northern Irish driver finished second in both races.

Yet another returnee is John Filippi, who finished second to Mehdi Bennani in the 2020 TCR Europe Drivers’ championship and contested the Pure ETCR series for Hyundai last year, finishing the season in tenth place. Filippi will be driving a CUPRA Leon Competición run by last year’s Teams’ champions, Sébastien Loeb Racing - Bardahl Team.

Comtoyou Racing will field a strong line-up, with Touring Car veteran Tom Coronel keen to add the race victory he recorded in Zandvoort last year. Joining Coronel, and switching to the new Audi RS 3 LMS cars for 2022, are Franco Girolami, last year’s runner-up in the series, and Viktor Davidovski.

One of the sensations of last season was the Spanish teenager Isidro Callejas, who makes the move to Volcano Motorsport to replace last year’s TCR Europe champion Mikel Azcona. The team’s other CUPRA Leon Competición cars will be driven by Evgenii Leonov and Klim Gavrilov, who will compete under the Neutral Drivers (ND) flag, while Gustavo Moura Jr will tackle his home event in the team’s fourth car.

The only unchanged team line-up compared to last year is Hyundai Janík Motorsport, who will once again run two cars for Mat’o Homola and Jáchym Galáš, although the pair will now have the latest Elantra N cars at their disposal rather than the two i30 N cars they used in 2021. Like Jack Young, they entered the opening round of a national TCR series to help them prepare for the TCR Europe campaign; the pair tackled the TCR Eastern Europe races at the Hungaroring where Homola finished second in Race 1 and Galáš won Race 2.

After a one-off appearance at last year’s final event in Barcelona, Giacomo Ghermandi will tackle the full season in a LEMA Racing CUPRA Leon Competición in a bid to win the Diamond class, while the Italian team Élite Motorsport, in collaboration with Comtoyou Racing, will have one of the latest Audi RS 3 LMS cars in Portimão for the young Portuguese driver Luís Cidade. The joint team will also run an Audi in a full-season entry for the young Swiss driver Miklas Born, who won the TCR class title in the 2020 24H Series.

In all, twenty-one cars are entered for the first weekend of the season, with the Portimão event also marking the first of three meetings together with DTM. As a result, a big crowd is expected for what is sure to be a fascinating opening round of the 2022 TCR Europe championship.