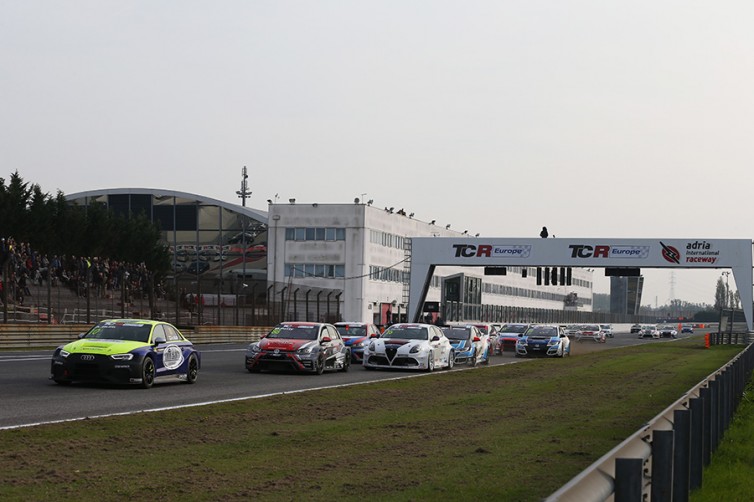 TCR Europe and TCR Benelux to race together

The new TCR Europe Series and TCR Benelux will share the bill in five race meetings during the 2018 season.
This also enables the TCR Europe Series to add a seventh event to its previously announced calendar, which will be at Circuit Zandvoort, Netherlands, on Whit Monday, May 21st.
As a result, the full season entry fee for TCR Europe has been raised by 2000 euros from 17,500 to 19,500.
The competitors of the TCR Europe and Benelux series will race together at Zandvoort, Spa, Hungaroring, Assen and Barcelona.

Paulo Ferreira, the promoter of the TCR Europe Series, commented: “We are delighted to welcome the competitors of TCR Benelux. Together we will be able to make both series grow up quicker and better. The Belgian and Dutch drivers have already proved how good they are in Touring Cars and the confrontation between them and their colleagues in TCR Europe will produce some fantastic races.”

Xavier Schene, General Director of RACB Sport added: “To race together with TCR Europe in our five events will provide the TCR Benelux competitors with the opportunity of being part of an impressive grid, while racing for their own classification at the same time. The teams and drivers are all enthusiastic about this significant evolution.”

Hans Hugenholtz, Vice President of KNAF echoed: “The great benefit for the TCR Benelux competitors is that they will also score points for TCR Europe. As a result, why not compete for both titles? We are also delighted to see that the calendar includes two of the best Dutch racing events. This is important for our teams and drivers who have invested in TCR in the last two years.”