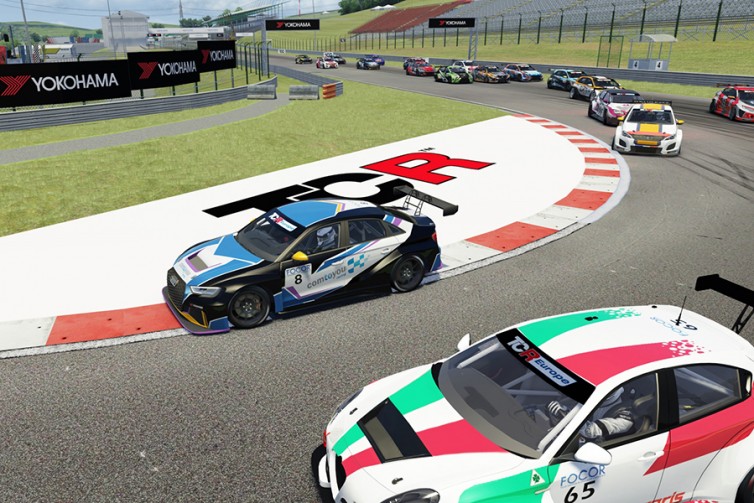 The TCR Europe SIM Racing’s third event gets underway today at 19:00 (Central European Summer Time) on the virtual circuit of Hungaroring.
After winning three rounds of the four held so far and claiming pole positions in both the previous events, Dániel Nagy (BRC Racing Team Hyundai i30 N) has built a solid lead in the standings. The Hungarian youngster has already scored 155 points, while a maximum of the 180 were on offer, leaving his closest competitors and countrymen Bence Boldizs (Zengő Motorsport CUPRA) and Támas Tenke (Tenke Motorsport CUPRA) 40 and 44 points behind respectively.
Fourth classified, one further point adrift, is another CUPRA driver, the 2018 TCR Europe champion Mikel Azcona (PCR Sport) who leads Gilles Magnus (Comtoyou Racing, Audi RS 3 LMS) by six points.
Magnus’ teammate Niels Langeveld has been the only one capable of stopping Nagy’s triumphant march as he emerged victorious in the latest race at the Red Bull Ring two weeks ago.
Action for the 26-car field will begin with a 20-minute Qualifying forming the grid for Race 1 that will start immediately after the end of the session. Race 2 will follow back-to-back with the grid based on the results of Race 1, with the first 12-classified drivers in reversed order. Both races will be run over 13 laps.
All action will be streamed live today on TCR Youtube channel, TCR TV, TCR Facebook page, TCR Europe Facebook page, and delayed on TCR Twitch channel.
The series is realized by TCR Euro Series Ltd. in partnership with DrivingItalia.net.