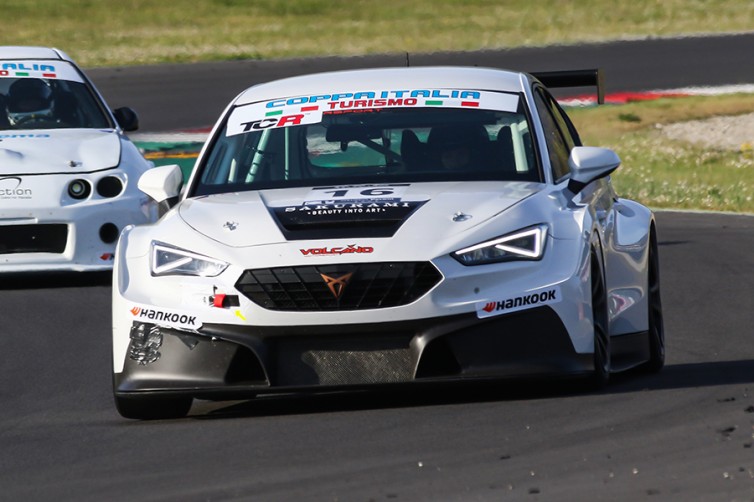 Volcano Motorsport with two CUPRA cars for Azcona and Leonov

Spain-based Volcano Motorsport have entered two CUPRA Leon Competición cars for Mikel Azcona and Evgenii Leonov for the full season of the 2021 TCR Europe.
The Spanish outfit returns to the European series after a couple of successful outings in 2020 that resulted in three race wins for Azcona. For this year’s campaign Volcano Motorsport has dropped the old CUPRA TCR cars for a couple of CUPRA Leon Competición models.
The association between the team and the two drivers have already proved very successful. In 2020 Leonov and Azcona shared driving duties in the Campeonato de España Resistencia, claiming six race victories that helped Leonov to secure the Drivers’ title.
In the final part of the season, Volcano Motorsport took part in the TCR Europe events at Spa-Francorchamps and Jarama, were Azcona won three races out of four.
A few days ago Leonov completed his first outing in the CUPRA Leon Competición, winning the Coppa Italia Turismo’s second race at Mugello.
The programme also marks Azcona’s returns for a full season to TCR Europe after his title-winning campaign in 2018 and the young Spaniard will combine this commitment with a participation to the WTCR.